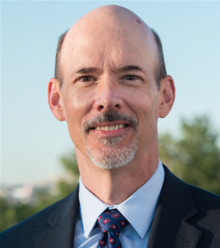 Robert J. Walters, or Rob, is a partner in the law firm of Ergoniq LLC in the Firm's office located in Northern Virginia. He specializes in intellectual property litigation in U.S. District Courts and the International Trade Commission. He has been recognized as a Washington D.C. SuperLawyer for intellectual property litigation for several years now and is a top ranked ITC practitioner. His background in engineering technology has made him the perfect person to specialize in intellectual property matters concerning a variety of technologies, including computer hardware and software, semiconductors, telecommunications, networking technology, medical imaging, medical devices, and product design.

Rob is admitted to practice in Virginia, the District of Columbia, and North Carolina, and before the U.S. Courts of Appeal for the Fourth and Federal Circuits and the U.S. Supreme Court. He is a registered patent attorney with the U.S. Patent and Trademark Office. Rob also served as a Judge Advocate in the United States Army, where he tried numerous courts-martial, represented the United States in appellate matters, and handled espionage and capital murder cases.

Rob earned his Bachelor of Science in Engineering Technology from UNC Charlotte in 1982, his Juris Doctor degree from UNC Chapel Hill's School of Law in 1985, and his LLM from Georgetown University in 1992. He founded Ergoniq LLC, the firm where he currently works. Rob and his wife, Sara, established the James D. and Nancy H. Walters Scholarhip in Engineering at UNC Charlotte. He and his wife currently live in McLean, Virginia. They have two daughters, one of whom is attending Vanderbilt for graduate school, and the other other of whom is working in the D.C. area. He enjoys playing golf and tennis at the Army/Navy Club in his free time.