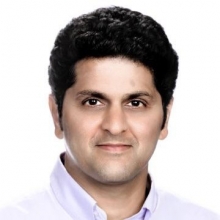 Mr. Rajeev Kulkarni served as Vice President of Global Engineering at 3D Systems Corp. since February 2007. Prior to that, he served as the Director of Market Intelligence from June 2004 to February 2007. Before that, Mr. Kulkarni worked in various management and engineering positions for eight years. Prior to moving to the Charlotte region, as the Founder and Chief Executive Officer of PLANexec, Los Angeles, CA, he guided several start-ups to transition from the idea stage up to being funded for growth. Mr. Kulkarni holds a bachelors degree in engineering from the University of Pune in India, along with an Honors Diploma in Computer Science Management from National Institute of Information Technology in India. He also has a Master of Science degree in Engineering from the University of Florida at Gainesville and an MBA in Entrepreneurship and Marketing from the Anderson School of Management at UCLA.