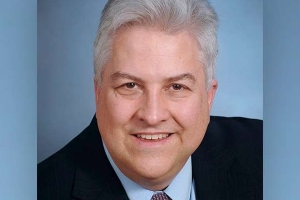 The members of IEEE-USA, an organizational unit of the Institute of Electrical and Electronics Engineers, have elected Dr. Jim Conrad of The William States Lee College of Engineering to serves as their president for 2020. Dr. Conrad, a professor in Electrical and Computer Engineering, will serve as president elect in 2019.

IEEE is the world's largest technical professional organization. Its mission is to advance technology for humanity. It manages the separate organizational unit IEEE-USA, which recommends policies and implements programs specifically intended to benefit the members, the profession and the public in the United States.

“The mission of IEEE is very important,” Dr. Conrad said, “and it’s a great honor to be selected by the members as president. In particular, IEEE-USA has been instrumental in creating a disaster-relief vehicle, the IEEE MOVE truck, to serve this humanitarian need and I am proud to be a part of it. IEEE volunteers have been active participants in humanitarian efforts in the US and the world, and IEEE-USA has been a leader in this effort.”

Dr. Conrad first became an IEEE member as a student in 1985. He became a regular member in 1992, and a senior member in 1998. He has served as the advisor for IEEE’s UNC Charlotte student chapter, as a regional director for the southeast, and as member of the IEEE Board of Directors.

IEEE’s support of education has also been very important to Dr. Conrad. “IEEE is very concerned with education,” he said, “and its programs provide opportunities for engineering students and practicing engineers to attain professional development skills beyond their college years. Through IEEE they learn to work with the many diverse disciplines of engineering and with the public.”