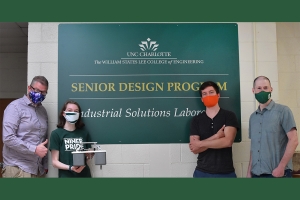 Successfully completing wave tank testing during the spring and summer, the WATER BROS team that includes UNC Charlotte faculty, alumni and students, has moved to the final stage of the U.S. Department of Energy’s (DOE) Waves to Water competition. The team will now begin using an additional $100,000 in funding to fabricate and test its prototype for converting seawater to potable drinking water using only wave energy. The prototype will be demonstrated during final open-ocean trials at the North Carolina Coastal Studies Institute in April 2022.

The Waves to Water Prize is a three-year, $3.3-million competition funded by the DOE’s Water Power Technologies Office (WPTO) and run by its National Renewable Energy Laboratory (NREL). The purpose of the competition is to accelerate the development of small, modular, wave-energy-powered desalination systems, which are critical for providing fresh water to coastal and island communities hit by natural disasters. This month, DOE and NREL officially announced the five teams, including WATER BROS, that earned a spot in the fifth and final competition stage. 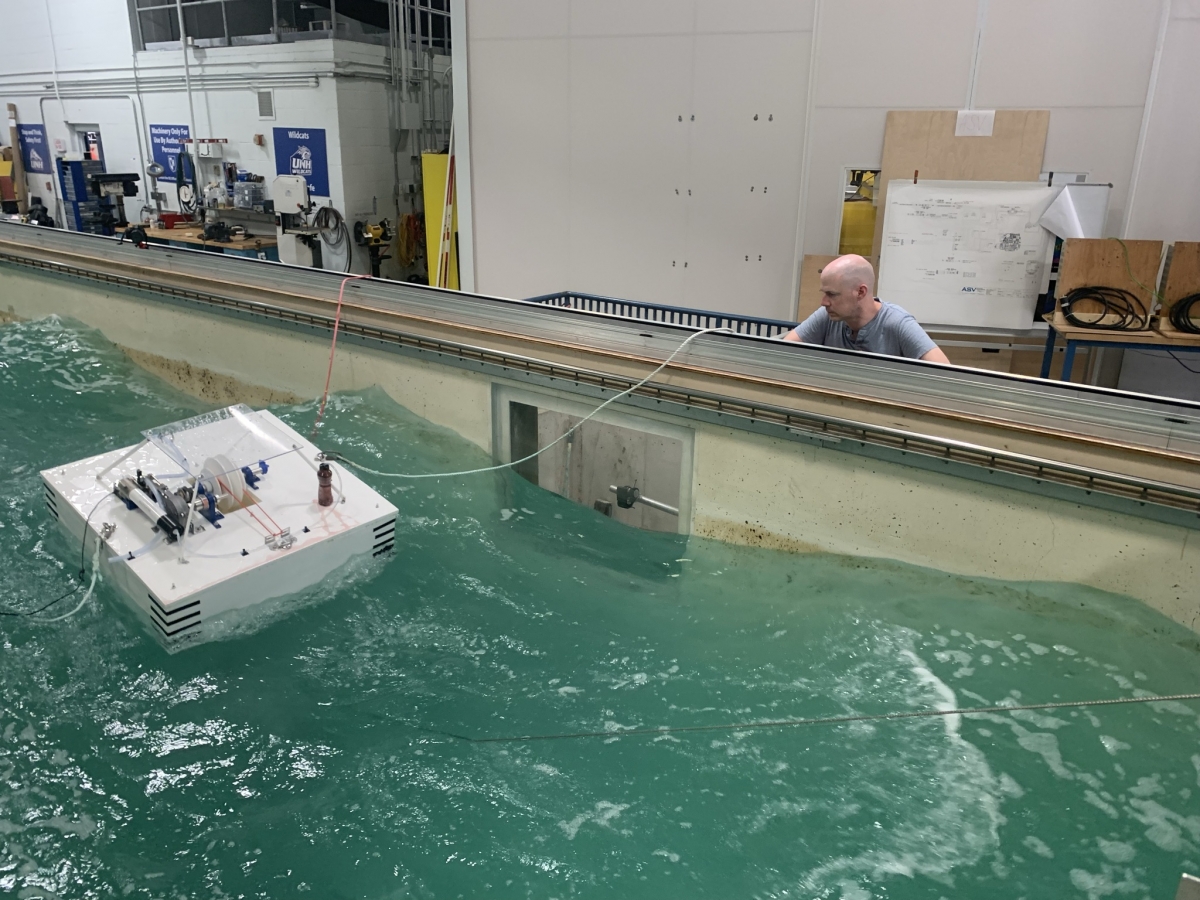 “We are really excited to make it to this stage of the competition,” Dr. Williams said. “This is a validation of all the hard work our team has put in thus far. We tested all of our subsystems individually, and in the past six months, we were able to show how well all our systems integrated into a functioning overall design concept.”

During the spring and summer, the team built two small-scale prototypes, A and B, and one full-scale prototype, C. These were tested and refined at the Testing Expertise and Access for Marine Energy Research (TEAMER™) facility at the University of New Hampshire. Using TEAMERS wave tank, WATER BROS was able to put its prototypes through realistic lab testing scenarios. 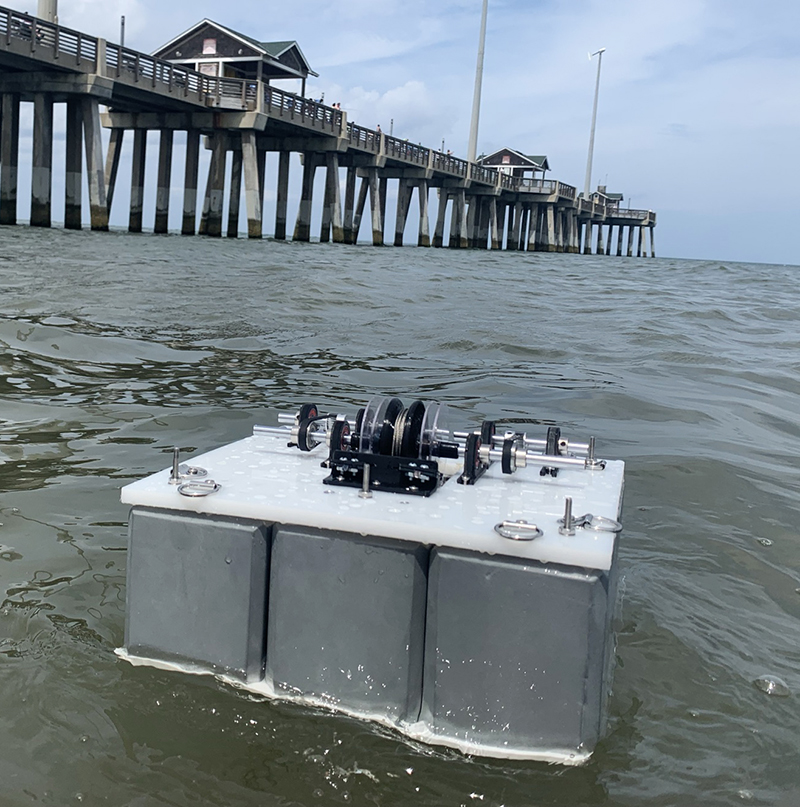 For the upcoming DRINK stage in the project, WATER BROS will look at its budget and schedule to decide whether to modify its current full-scale model C for open-ocean trials or fabricate a new full-scale prototype D.

“We will be making some critical design decisions in the next few months,” Dr. Mackey said. “In the next stage of the project, we have to deal with wind, sun, currents, tides, waves and salt. So far, this has been a great project, both technically and socially. By socially, I mean dealing with COVID and a team working from multiple locations. We have succeeded in getting this far, and I’m looking forward to the next stage of the competition.”