Developing (and messing about with) Robotic Autonomous Surface Vessels 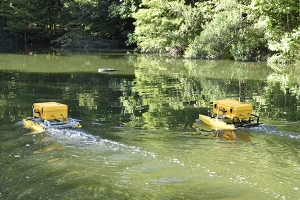 As the quote says, “there is nothing–absolutely nothing–half so much worth doing as simply messing about in boats”. This holds true for Michael Brancato, whose research finds him splashing around the campus lakes getting to mess with his boats. Because Brancato is a Mechanical Engineering master’s student, he finds his boats even more interesting than most, as he is designing and building them to be autonomous surface vessels that can navigate between GPS waypoints and coordinate in teams to optimally collect environmental data all on their own.

Brancato is part of the research team of Mechanical Engineering Assistant Professor Artur Wolek. Originally from Connecticut and then having done his undergraduate studies in Rhode Island, Brancato has always been around the water. 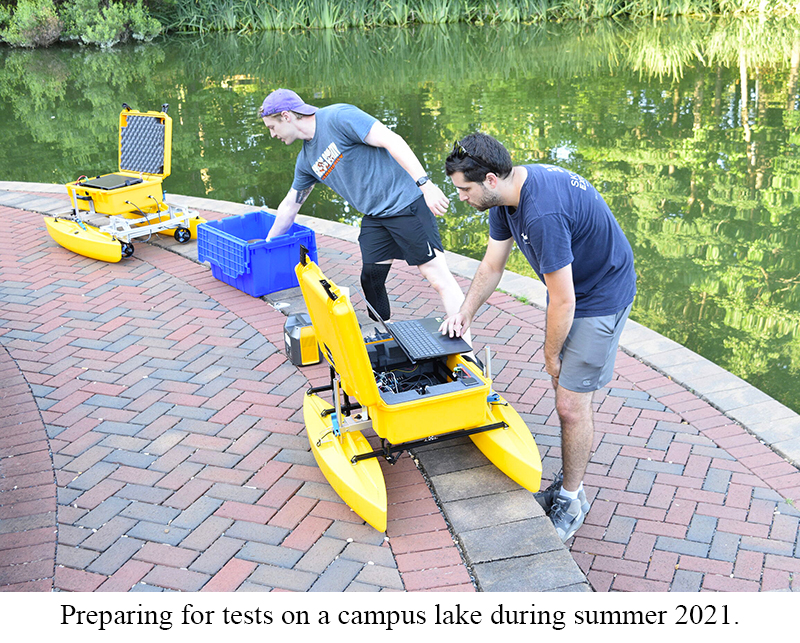 “I’ve always liked being on the water,” Brancato said. “I’ve been lucky that for this project we have lakes on campus for testing. I started out putting the boats in the small pond behind the EPIC building, but that pond was full of a lot of growth, which kept causing problems. So, now I test on Hechenbleikner Lake at the front of campus, which I have to say is really nice with all of its landscaping, sidewalks, fountains and such.”

The autonomous surface vessels project is an extension of Dr. Wolek’s research in informative path planning with underwater robots and aerial drones. Also involved in the project is undergrad research assistant Matthew Lucke, and during the summer University of Tennessee student Jacob Armiger was involved as part of a military veterans research exchange program.

The team has built two 32”x40” boats completely from scratch, designing the mechanical and electrical systems, and developing the control and communication software. The boats have catamaran hulls, and all of the electronics and data collection systems are located in a platform between the hulls. They can be reconfigured to accommodate custom payloads and communicate with one another and a ground station via WiFi and 900 MHz radios. 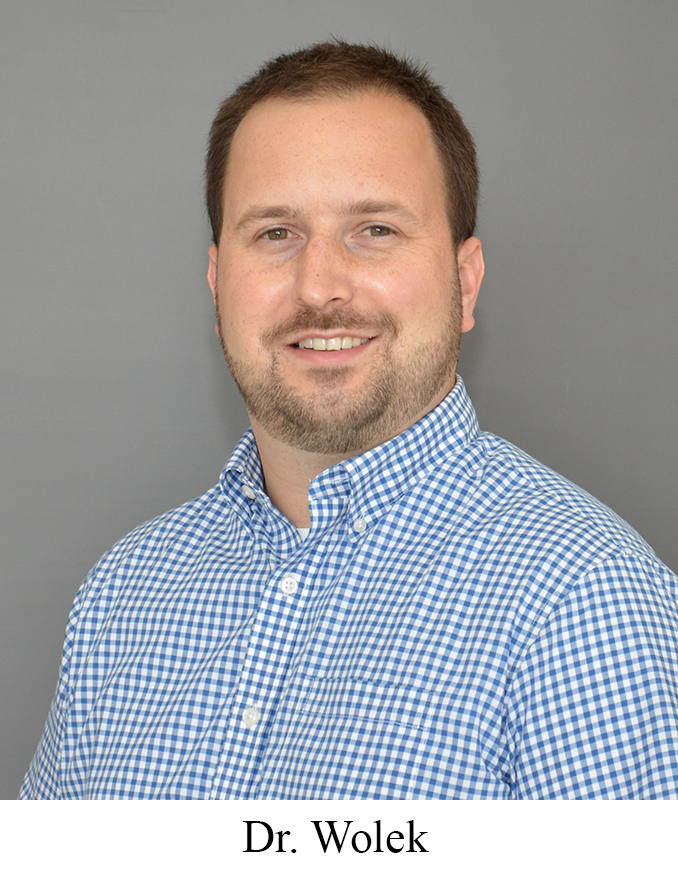 “We are using these unmanned boats to test adaptive sampling algorithms that enable multiple robots to efficiently work together in performing spatial sensing tasks, such as environmental monitoring, mapping or infrastructure inspection,” Dr. Wolek said. “The algorithms we develop aim to leverage the unique sensing and mobility capabilities of individual robots that are part of a larger heterogeneous team. There is a trend in robotics to use multiple, smaller, less-expensive robots like these to provide better coverage and robustness to failures when compared to bigger, more-complex, and more-expensive individual robots.”

As part of their testing, the boats are now mapping the depth of the UNC Charlotte lake bed. “It’s really great to be able to step out of the lab and test right on campus,” Dr. Wolek said. “We can perform simple experiments and verify our control algorithms before going out to a larger body of water.”

As the project progresses, the robotic boats will begin using more sophisticated systems such as side-scan sonar sensing and environmental sensors to measure water quality parameters like dissolved oxygen and turbidity. The team hopes to work with agencies such as the North Carolina Department of Transportation to develop autonomous vessels designed to monitor lakes or scan areas around bridges and determine if there are threats to bridge foundation stability. 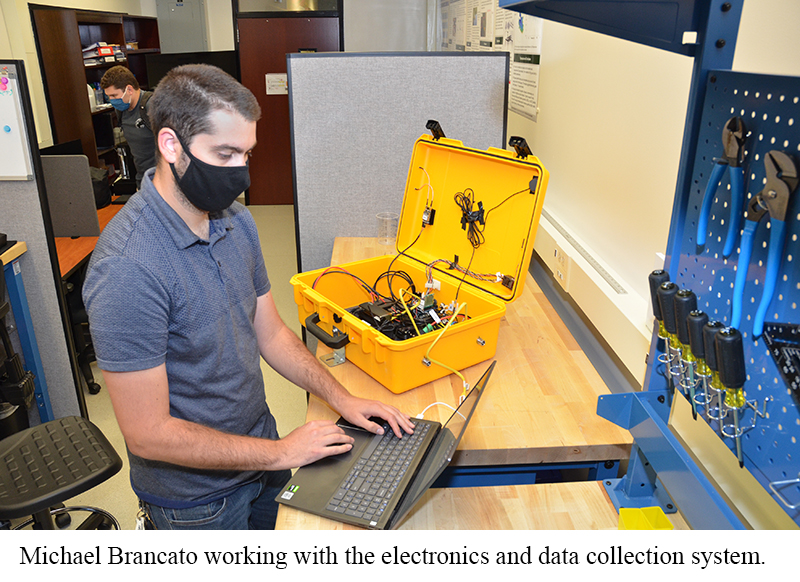 One of the biggest challenges in his work, Brancato said, was working with the inertial measurement units (IMUs) and integrating all of the sensors in the vessel with a ground station that sends them information. “We can send waypoints for the vessels to navigate,” he said, “By using GPS position and IMU for heading, the vessels figure out on their own the best routes to take. I’m working on an adaptive sampling algorithm that considers many possible paths to optimize data collection. It’s a pretty difficult part of the project, but I’m making good progress.”

At this stage, the project is going well, with two fully functional autonomous surface vessels operating, reaching waypoints and capturing data on a campus lake. The next step will be to begin testing on a bigger lake such as Lake Norman, and integrating more sophisticated data collect systems.