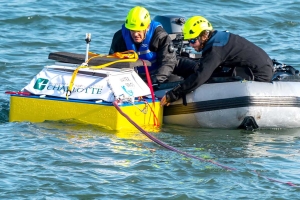 After a spirited five-stage, three-year national competition — whose finale featured a surprise storm that separated the finalists’ carefully crafted desalination devices from secure moorings and set them afloat in the Atlantic Ocean — a team of UNC Charlotte researchers and students finished second in the U.S. Department of Energy’s Waves to Water Prize for technology it has developed to make ocean water drinkable. 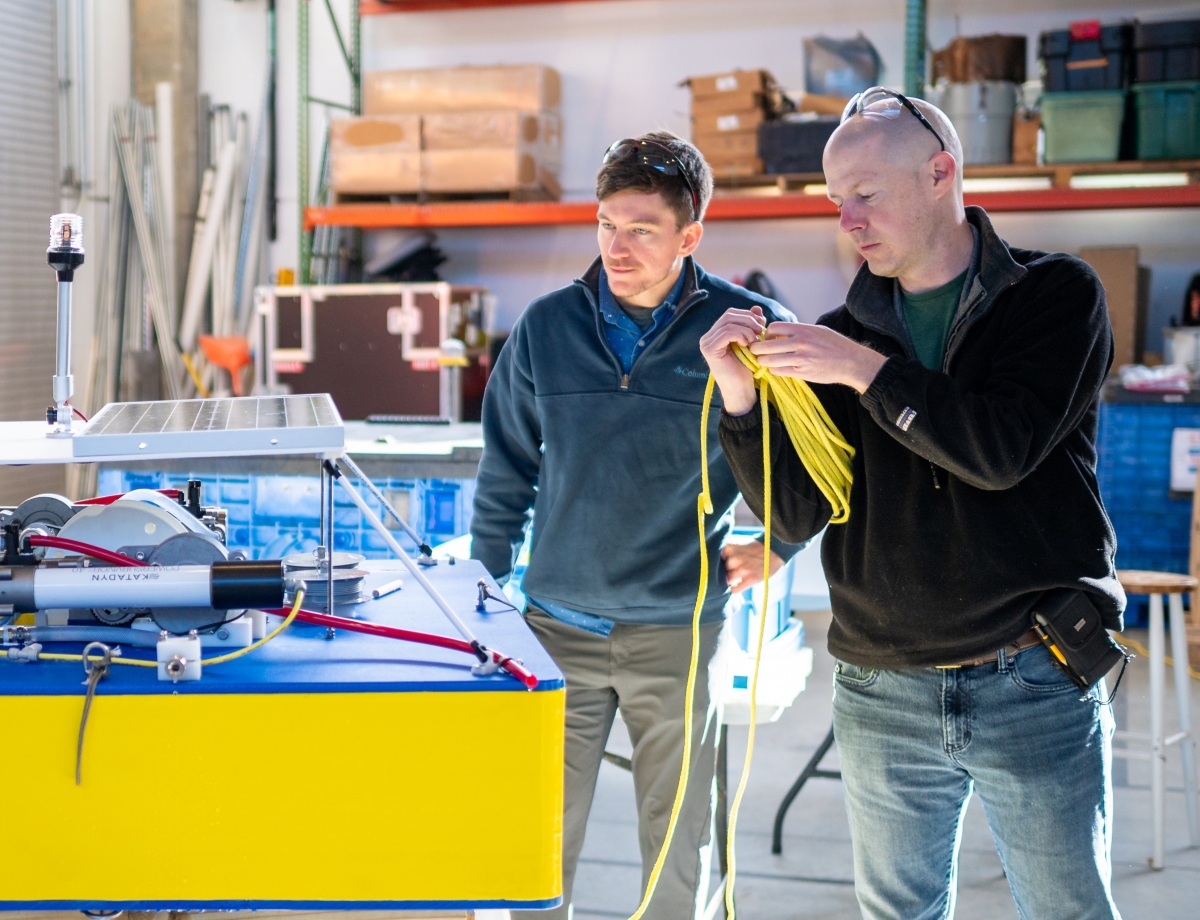 Waves to Water, sponsored by the DOE’s Water Power Technologies Office and National Renewable Energy Laboratory, encourages ways to advance marine energy for use during and after extreme emergencies such as hurricanes when fresh water is inaccessible. Through the Waves to Water process, teams developed effective ways to desalinate ocean water through power generated by waves. The technologies also apply to the needs of remote island that have access to a coastline but not fresh water. 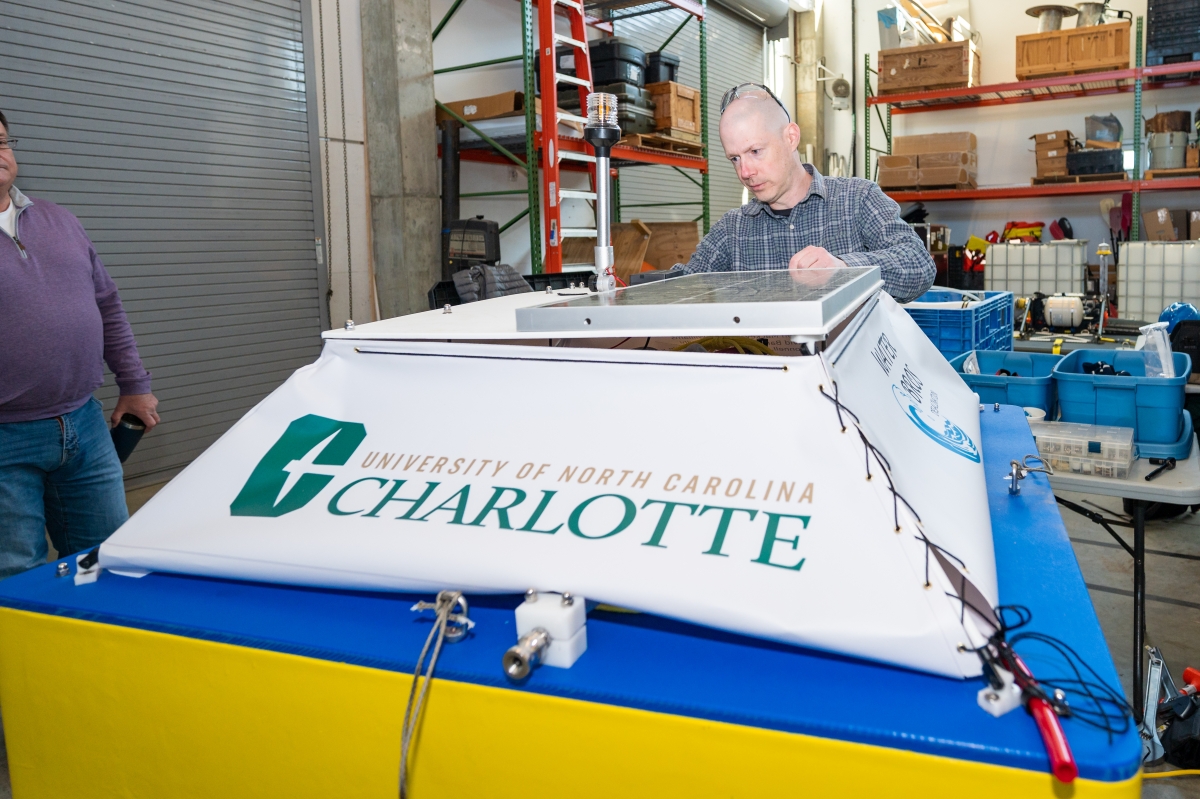 “We focused on creating the most rugged and serviceable design possible so anyone who can perform basic auto maintenance can deploy and, if necessary, repair it,” said Williams. “It’s what sets our prototype apart from most others. In an emergency situation, it can activate immediately.”

Rewards every step of the way 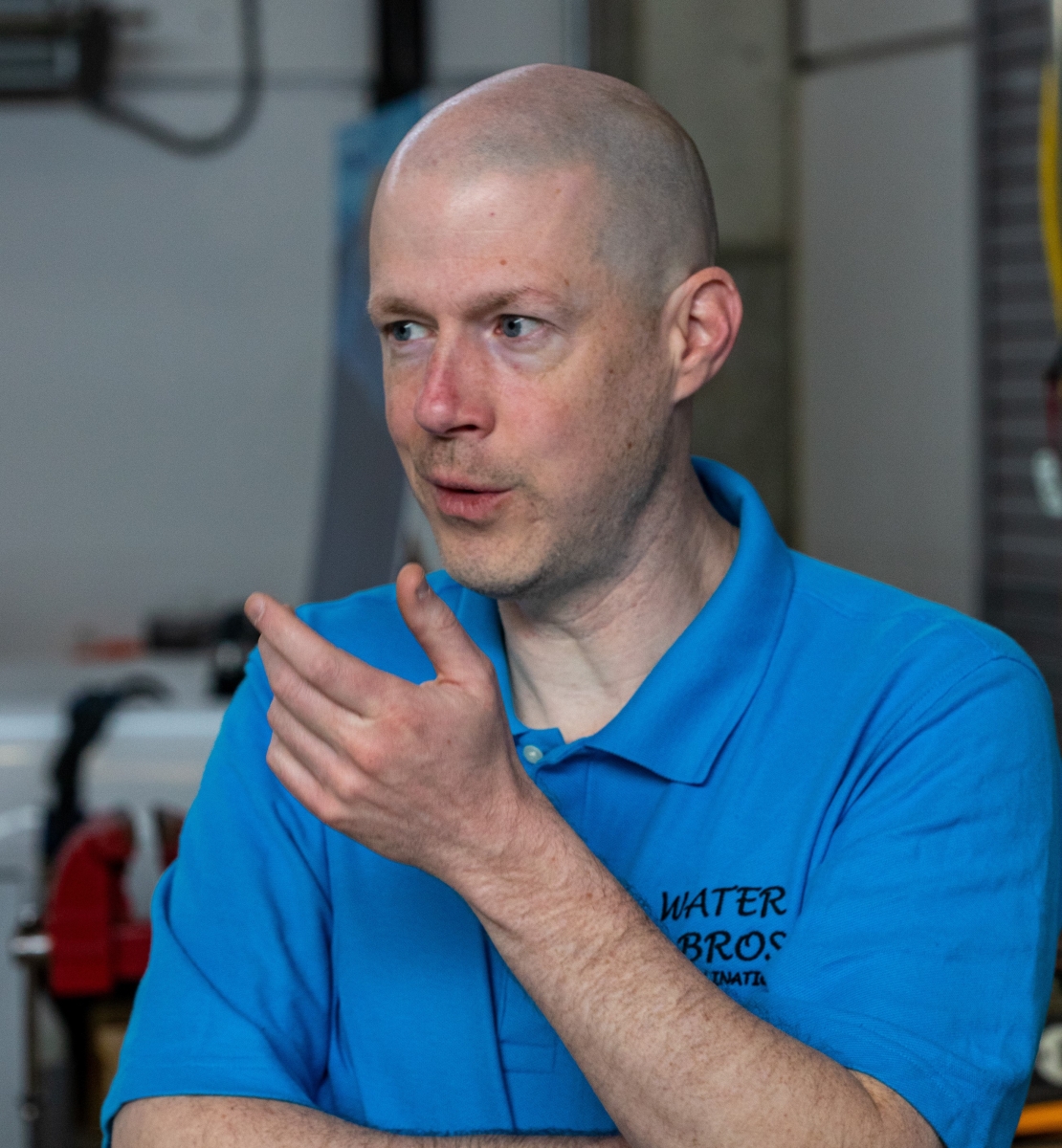 "There were no more appropriate conditions to test the viability of the prototype. The storm provided the opportunity to measure our devices’ performance in a real-life scenario.”

DOE awarded a total of $3.3 million to participants., including the amounts presented in the final stage, held at Jennette's Pier in Nags Head, North Carolina, in collaboration with East Carolina University’s Coastal Studies Institute.

On April 3, CSI and NREL hoisted the finalists’ devices with a crane and lowered them into the ocean. Overnight, unexpected high winds untethered all four devices, truncating the originally scheduled five-day test period. The devices were recovered the next day and their performance was scored.

“While we were anxious during this episode, we realized there were no more appropriate conditions to test the viability of the prototypes,” said Williams. “The storm provided the opportunity to measure our devices’ performance in a real-life scenario.”

Hard work and expertise pay off 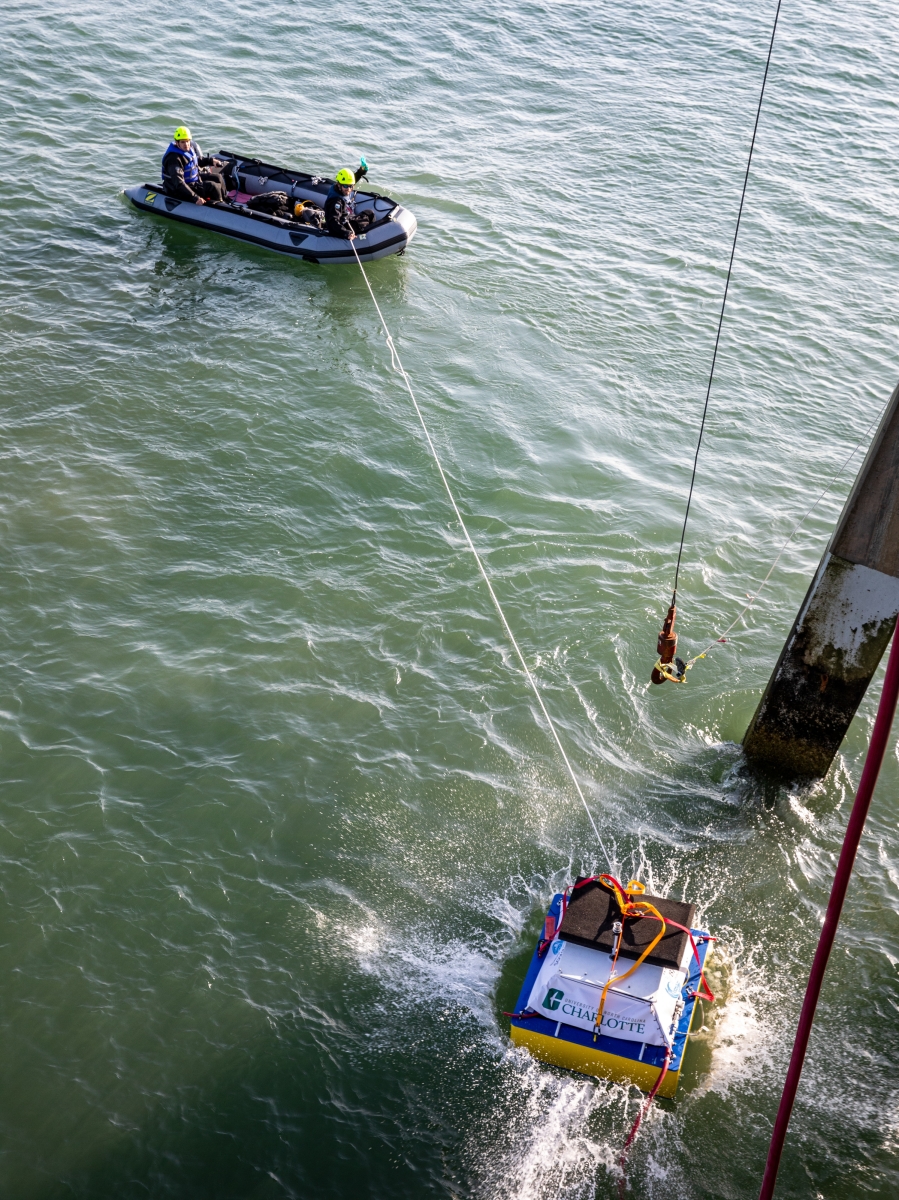 The competition’s early stages included teams from Massachusetts Institute of Technology, Oregon State University and the University of Hawaii as well as those of private enterprises. By the final stage, only WATER BROS represented a university-based endeavor. The overall winner, Oneka Technologies, WATER BROS and the other two remaining contestants all successfully delivered desalinated water to the pier and were eligible for (four) $125,000 performance prizes.

According to the DOE, UNC Charlotte’s WATER BROS delivered a wave-powered device with an “unidirectional, rotational wave energy conversion mechanism” that uses “near-shore waves to generate clean drinking water even in the harshest of conditions, and has the potential to be rapidly deployable, low cost and highly resilient — optimal for emergency response.” The team was recognized for delivering the lightest device in the competition ($125,000), and received additional funding for the categories simple assembly ($17,000), and simple deployment and retrieval ($36,000), for a total prize of $178,000.

Other members of WATER BROS are two Charlotte undergraduate engineering students, both who will spend the summer learning about renewable energy technology at institutions in Germany. Abby McConnell, an Albert Engineering Leadership Scholar, is studying at the Hamburg Institute of Technology, and Allison File, a Levine Scholar and Duke Energy intern, is at the Karlsruhe Institute of Technology. Also on the team is David Barnett, who graduated from UNC Charlotte in 2019 with a Bachelor of Science in Mechanical Engineering Technology and a graduate certificate in applied energy, and is owner of Bodacious Design.

Based on original Inside UNC Charlotte article by Susan Messina